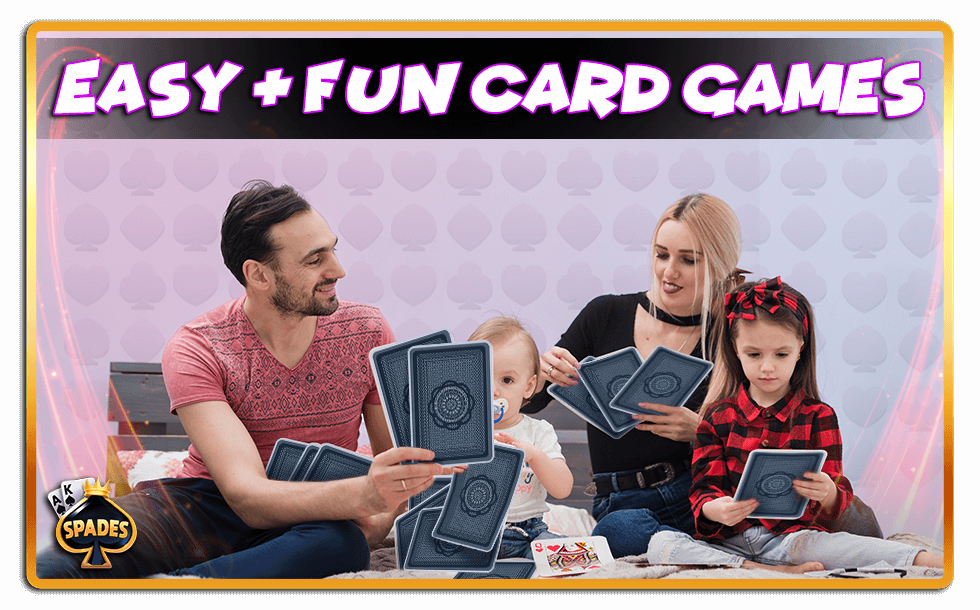 Are you looking for a way to relax, have fun and be together with your kids or friends? Card playing is a great idea that can unify entertainment and time spent with family.

When you decide to play card games, they should be entertaining for everyone. Otherwise, you may not find people very willing to join in playing with you. That’s why we selected some of the easiest and fun card games. Many of them are very easy and suitable for kids. Some of the games are challenging and probably more appropriate for adults or to play with your friends.

If you doubt to play cards or not, remember this:
-Card games were invented during the 9th century, and they are still an engaging way to spend time! Nowadays, there are numerous card games played daily by thousands of people worldwide. We will present you with some fascinating card games that you can enjoy staying at home and playing online. 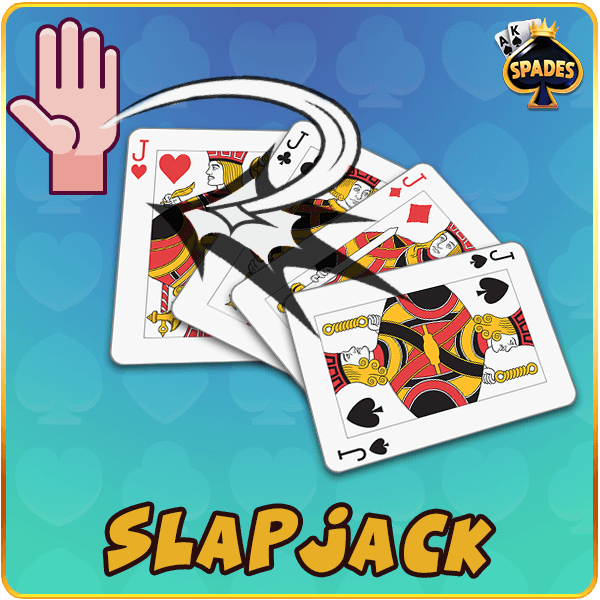 Slapjack is a very simple and enjoyable card game. Usually, it is played by kids and probably will be the first card game a child will learn.

The gameplay is really straightforward:

Similar to Egyptian Rat Screw, this is a very fast-paced game. So you have to be always ready to slap the jack on the table! 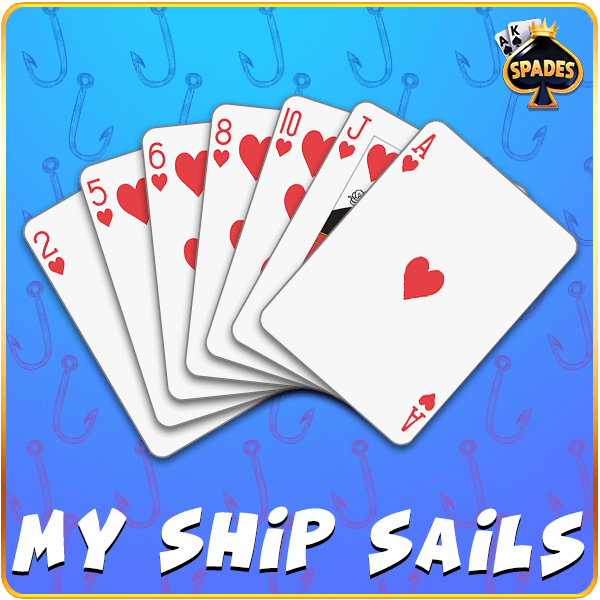 My Ship Sails is yet another fun card game for kids. It is played by 4-7 players with a standard card deck. The objective is to collect seven cards of the same suit.

The rules are pretty simple to learn:

This is one easy to understand and super engaging card game. You can spend hours playing it with your family and friends. 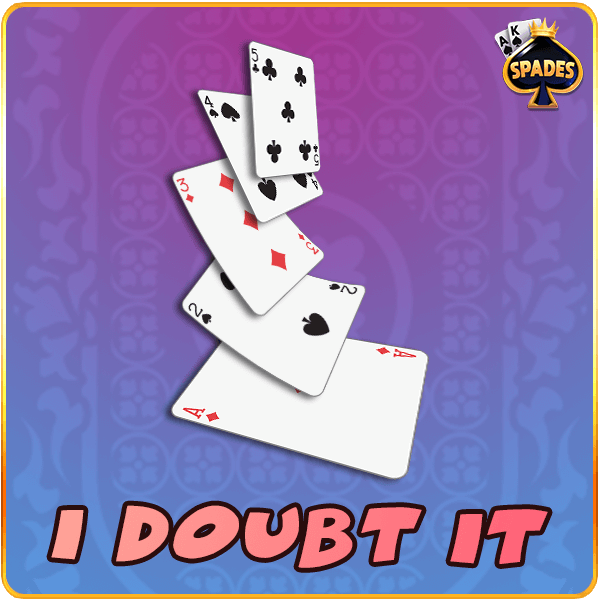 I Doubt It (also known as Cheat) is an easy-to-play card game. The goal is to discard all of your cards. But there is a twist – players can lie about the type of card they have played. If you think a player is being dishonest, you can challenge them by shouting the name of the game. Detecting liars and calling them out is really important, so you should always pay attention.

The number of players is usually 4, and they use a 52-card deck. Rules of the game may vary but usually the play goes as follows:

The game is suitable for both kids and adults. Challenge your inner detective and start identifying liars. 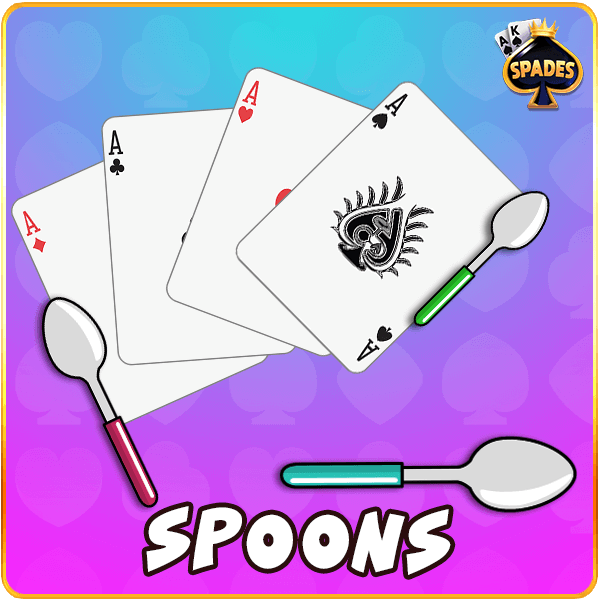 Spoons is a unique and exciting card game. To play, you will need a standard pack of cards and a certain number of spoons. Three or more players can engage.

The objective is to grab a spoon when the right time comes. The number of spoons is one less than the number of players.

Here is how it goes:

Players can pass the cards as quickly as they wish. If someone grabs a spoon by mistake, that player loses the round and gets a letter. Isn’t that fun?

The spoons card game is definitely a kid’s favorite.

You can also check this comprehensive article for more in-depth spoons advises. 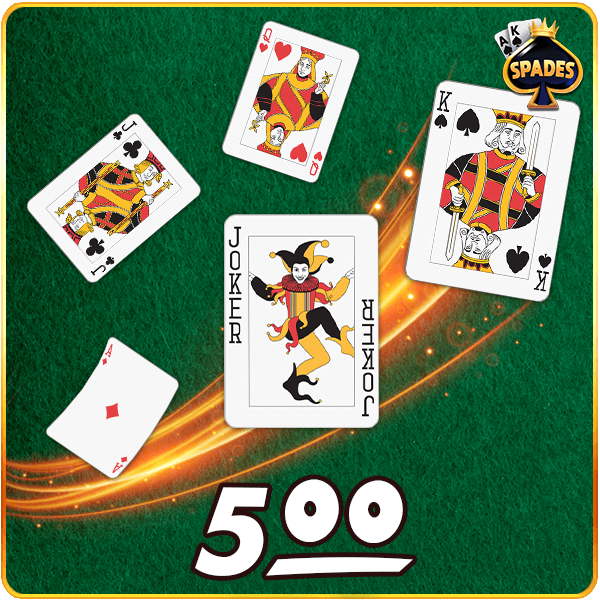 Five Hundred is one of the card games that best fit almost any number of players. You can play it with 2 to 6 players. It is more suitable for adults, playing in a family or with friends.

500 is a variation of the famous game Euchre, and it is also known as Bid Euchre. Popular in Australia but invented in the USA, Five Hundred is more enjoyable in team play.

To play the game, you need a 43 card deck, including a Joker.

What is the game objective?
-Attempt to score first 500 points. The player or team that reaches a score of 500 is the winner. (The name of the game comes from the scoring objective).

If you know how to play Euchre, you can learn a Five Hundred very fast. Check out the differences between both games here:

For detailed but also easy rules about Five hundred game, you can check the sites below. Probably you should do it if you are not familiar with the Euchre card game: 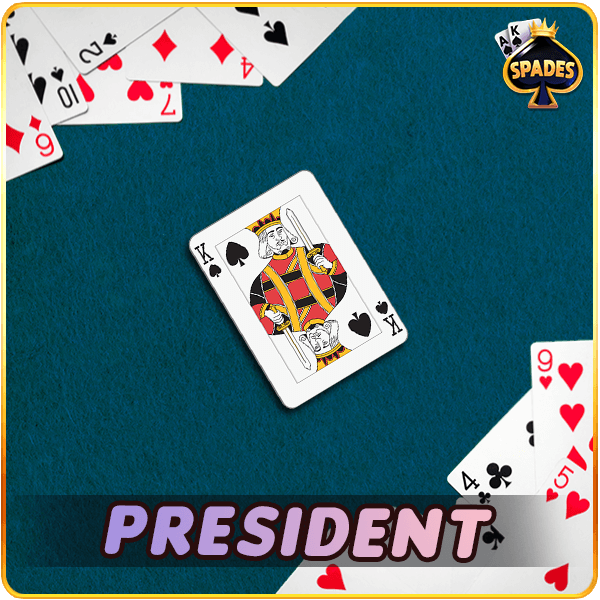 President is a card game for 4 to 7 people and played with a standard card deck.

The object is to get rid first of all your cards.

President card game is more suitable for adults. To simplify the game, we will separate it into 3 main parts.

1. The start of the game is much more interesting than the other games.
Each player randomly takes one card from the deck, which cards are faced down.

The player who picks the lowest card is the dealer. The player to the dealer’s left is playing first a card or a set of cards. Set is more than one card of the same rank).
Players can respond with the same set but always with higher cards. They also can pass. The suit of the cards is not important. When your turn comes, you pass, or you put a higher card. After the trick is taken, the cards are put face down and separated on the table. The trick winner starts the next play.

If all players pass, the game starts again from the one who played the last card. When some players don’t have any cards, they are skipped.

2. The initial part of the game stops when the players finish their cards, and the second part of the game starts. The sitting order of the players changes depending on when they get rid of the cards.
The first player who starts is the one who finishes his cards before the rest of the players. This player is called President. The second player sitting to the left of the president is the Vice President, and the third player is called Speaker of The House. Last in order is The Beggar (Scum).

3. If keeping score, the President and The Vice President get additional points in this hand. The Beggar is responsible for dealing and ordering the cards. When the dealing of the next round is complete, The Beggar gives their highest card to The President. The president is choosing and returning to The Beggar any of his cards.

The President Leads the next play and the procedure repeats until one player reaches the target, which usually is 11 points. 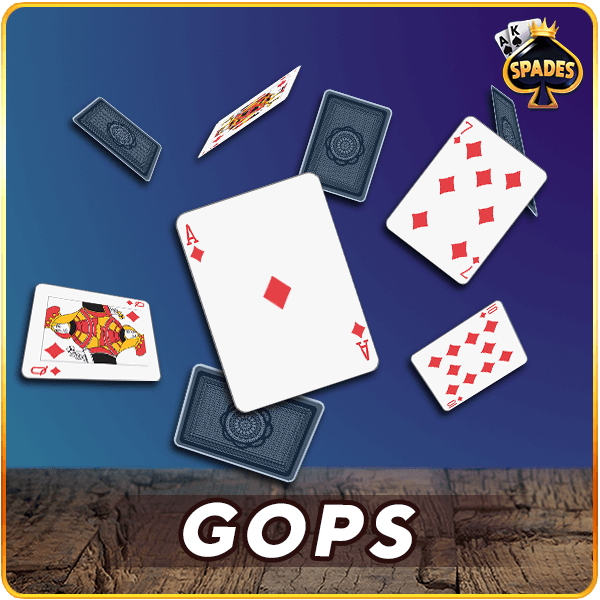 Game Of Pure Strategy is a simple and easy card game for two. The name comes from the fact that there is no luck in the game but just pure strategy.

The game is played with a standard 52 card deck, but the heart suit is removed. All the suits are separated. One of the players takes clubs and the other spades. The diamonds are shuffled and faced down in a pile.

The game starts by turning on the first diamond card from the pile. The players start bidding for it with one of their cards. They put their bids face down. Finally, the one with the higher bid obtains the diamond card. When there is a draw the players bid again for a new diamond card (similar to the war card game). The winner of the last bid takes both cards.

When all bid cards finish, the game ends. Players count the value of the diamonds won. The player with the highest score wins the game.

More details about the history, the rules, and variations of GOPS. 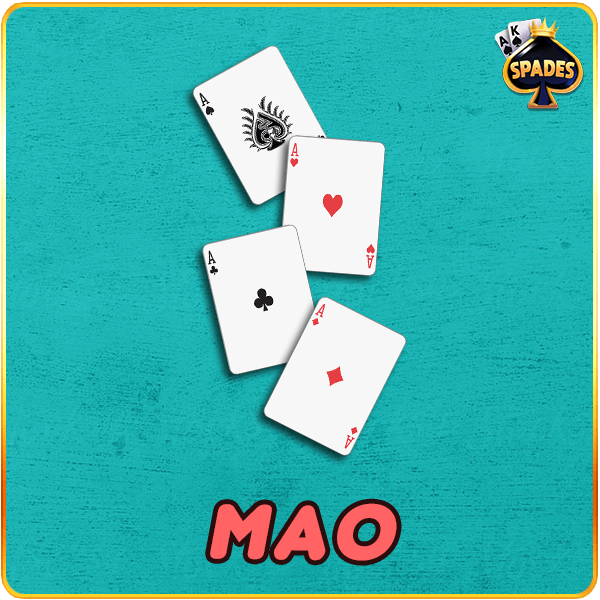 MАО is a simple card game of the shedding family. Its’ easy to remember rules makes the game fun for kids and amateurs.

The main objective is to discard all your cards.

Interesting for this card game is that you have to be careful not to break the “unspoken rules”, and it’s forbidden to teach the rules to new players. They have to figure them out during the game.

The gameplay and rules go as follows:

1. A dealer is chosen at random. He deals each player 3 or 7 cards if he wants to make the game easier. The rest of the remaining cards form the stockpile. The top card is flipped over to create the discard pile.
2. Players must not touch the distributed cards until the dealer says: “The name of the game is Mao”. Then the player to the left can start the game.
3. Each player has to play a card that matches the suit or rank of the center card on the discard pile.
4. If you’re not able to place a card according to the above rule, draw a new card. Again, if you don’t have any playable cards, pick an additional card from the pile, which will count as you have played for your turn.
5. The game is played in a clockwise direction until the gameplay is changed. Some rules can cause a player to miss a turn or reverse the order of play.

If both experienced and inexperienced players are playing, then these rules have to be set before the game starts.

1. If someone put down an ace, the next player has to skip his turn. If the next person doesn’t abide by the rule a penalty is charged.
2. If a player discards a 2, he/she has to place down a second card. The second card has to match the suit or numerical/face value of the previous card. (If there are no playable cards, the turn ends.)
3. Pick a card from the pile, if the previous player puts down a 7 and says: “Have a nice day”. Other players can penalize you if you fail to do so.
4. Play in the opposite direction if someone puts down an 8. You can be penalized if you don’t reverse the gameplay.
5. The Jack card is the wild card. Declare a new suit if you put down a Jack.
6. Declare the exact card you’re putting down if your card is a spade. If you forget, you can be penalised.
7. Say: “One card” when you’re about to discard the last card. A penalty is applied if the player forgets to do so.
8. You can discard an identical card at any point in the game. Use the “two-it” rule that allows you to put an identical card down on the pile.

Learn how to deal with the penalties of the MAO card game and become a pro!

In our special training rooms or by creating a custom game in Pairs mode.