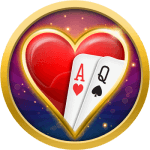 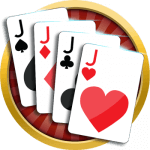 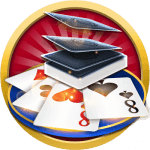 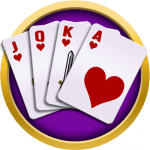 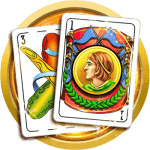 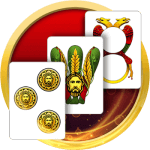 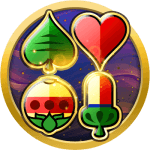 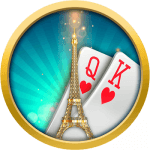 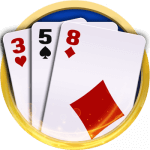 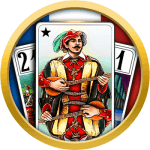 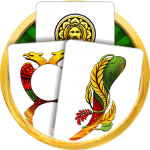 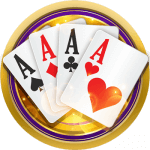 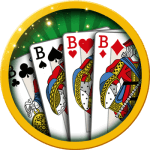 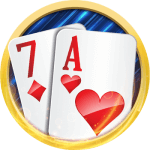 Play free card games in your browser without download or registration.

We present our selection of card games online, supporting the option to play for free. For each game, you can read the short rules and get a first impression of the gameplay. We hope this information will help you to learn how to play just for a few short minutes.

Some of the card games are popular everywhere worldwide (Hearts, Spades, Rummy). Other games are favorites for the players in specific countries – Belote, Chinchón, Tressette, Brisca. Most of them are played with a standard card deck.

In VIP Spades, we try to improve constantly the information about our card games online. We expect to include new ones like Gin Rummy and Buraco soon.

How many cards are in a deck?

A standard French card deck consists of 52 cards. They are divided into 4 suits: spades, hearts, diamonds, and clubs. Some card games are played with the whole deck, while others use only 24 (Euchre) or 32 cards.

How many face cards are in a deck?

Face cards are all Kings, Queens and Jacks. Therefore you will find 12 face cards in a single deck. Numbered cards are 36 (from 2 to 10), plus all standard decks include 4 Aces.

How many clubs are in a deck of cards?

How many aces are in a deck of cards?

A 52-card french deck includes 4 Aces – one per suit. Aces are usually the cards with the lowest or the highest rank, depending on the game.

How many red cards are in a deck?

There are 26 red cards in a standard deck – 13 hearts and 13 diamonds. The black cards are also 26 (spades and clubs suits).

What is the probability of getting a spade?

Do all card decks have 52 cards?

The so-called standard French deck has 52 cards (54 if you count the 2 jokers). But not all card games are played with it. Some games use a Spanish deck, which usually consists of 40 cards. German games (like Schnapsen) are played with a german-suited deck, which has 32 or 36 cards.

Is Ace a face card?

No, Ace is not a face card. Only Jacks, Queens, and Kings are.

The first known card game is from the 9th century. It is known that the game name was “leaf game”, and it was played in China during the Tang dynasty. Other theories suppose the Indian or Egyptian origin of the first card games. Source: (Wikipedia en ; es)

The card games were introduced in Europe from China or Egypt. They came first to Spain or Italy in 1370, introduced by merchants of Arabic origin.

The playing cards were handmade and luxury goods. The first manufactured cards were fabricated in Germany during the 15th century.

After the mass production, card games became more popular than other games played before. (Source: Britannica)

It is possible to associate that the four card suits represent the four seasons of the year. The total of 52 cards in a deck corresponds to the number of weeks in a year.

The suits (french deck), are based on different European classes: (Source: Casinosource.ie)

Playing card games online can actually be good for you.

You can read more about some of the most popular card games in this article.